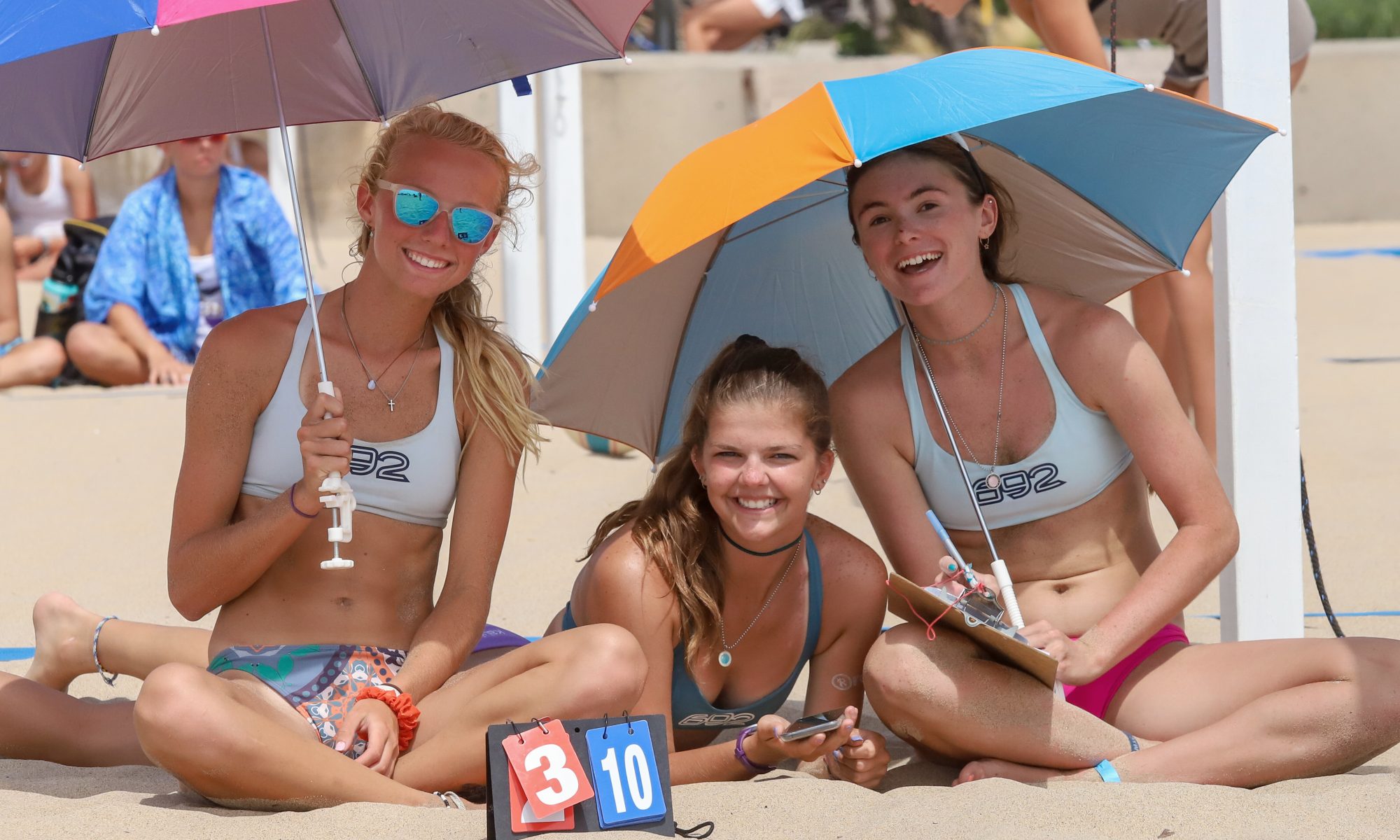 Why every girl should start playing beach volleyball?

Beach volleyball for junior girls is exploding in popularity due to its popularity in the Olympics and due to the new scholarships being offered at top universities across the US.  In its third year as an NCAA emerging sport, it will have 40 schools participation in 2015 and will become an official NCAA sport in 2016. In 2020, the number of schools participating could be beyond 100. Go to www.avca.org to get the complete list of colleges currently competing.

Since the announcement of it as an emerging sport, everyone involved on the indoor side of volleyball has their eyes on what is going to happen next. Several junior indoor programs are very pro-active in developing the beach side of volleyball and others are watching and waiting to make a decision.  Many new players each year are starting to play beach volleyball. Some players are looking to improve their indoor game; some are looking to strengthen their volleyball resume by playing both sports, while others are making the complete switch to the beach to take advantage of all the new emerging opportunities.

Sand Recruits sat down with Scott Stover who is the owner/director of 692 Beach Volleyball Club, and has been running his program for over 9 years. He started 692 with only 4 girls and his club as grown to over 500 girls nationwide.

Why do the universities call it sand volleyball instead of beach volleyball?

It is called sand volleyball because most of the colleges will not have access to an actual beach and will have to build a sand facility. The NCAA thought that “sand” was a more accurate description. The term “beach volleyball” is the actual sport that our Olympic athletes compete in across the world. Beach volleyball is the name I prefer, it is what has been played across the country for decades (even when it’s not on the beach) and it is what our program calls the sport.

How does beach volleyball improve your physical attributes and make you a better indoor player?

Moving in the sand and jumping in the sand is much more difficult than in indoor, so playing beach volleyball can help you develop a stronger jump and make you quicker on defense because you’re under constant resistance in the sand.

Do indoor college coaches look for athletes with beach experience?

Yes, for several reasons. If the university has a beach team and an athlete receives an indoor scholarship, under current NCAA rules, the player is eligible to participate on the beach team and anyone with beach experience is a huge asset. This will allow the beach coach to use an indoor player without using a sand scholarship.  If a college coach has to choose between two athletes and one has beach experience, they are going to be a more valuable recruit. I would recommend getting some beach training to improve your indoor resume.

Are girls starting to choose to only play beach?

Yes, across the country beach programs are providing opportunities for girls to play only beach year-round. Our program has a Spring, Summer, and Fall season, covering about 9 months a year. Indoor volleyball provides a great fundamental foundation to become a strong beach player, but right now there are a lot of great opportunities available for beach players and more players each year are making the switch to playing beach full time. Beach volleyball has a lot of great things going for it. Players don’t have to worry about playing time and each player has a lot more impact on the outcome of each match because they touch the ball every play. The schedule has a lot of flexibility, players choose their own partner, and most of the tournaments are at great locations like the beach.

It just depends on what players are passionate about. Years ago many players preferred beach to indoor, but they kept playing indoor because they wanted to play in college and there were not as many opportunities for beach players, but those times have changed.

Can a junior athlete play beach and indoor volleyball at the same time?

Yes, they can train at both. There are no rules that don’t allow it. There are junior beach volleyball clubs developing athletes across the United States and a list of clubs can be found on www.beachvolleyballclubs.com

Many coaches are hesitant to support beach volleyball because there is a danger that their players may prefer playing beach and not return to indoor, but that doesn’t mean that it is not a great way to develop a player.